The Cariñena wine region is on a plain closed on the south-east by the Iberian System mountain range, in such a way that material depositions descend from the mountains to the plains, defining the use of the soil in each particular case.

The foothills offer poor soils with a large rocky substrate nearby, with poor yields and serious difficulties regarding the use of agricultural machinery.

As the mountain range descends, a landscape of hills slopes gently until it becomes part of the plain of Cariñena. The soil, at a certain altitude, is formed by gravel from alluvial and colluvial deposits and has the necessary conditions for vine cultivation. It doesn’t require a lot of moisture although it does retain it once received. In these areas, the climate is mild and vines find the ideal place for growth.

Moreover, in the plain which stretches parallel to Sierra de Algairén where more than 80% of the Cariñena Wine region (D.O.) are located, Miocene clays soils can be found. There are four main types:

Another type of soil which occupies less extension within the Denomination of Origin Cariñena is the alluvial, from the sedimentation of the river Jalón and Huerva, near the towns of Almonacid de la Sierra, Alfamén, Muel, Mezalocha and Villanueva de Huerva. 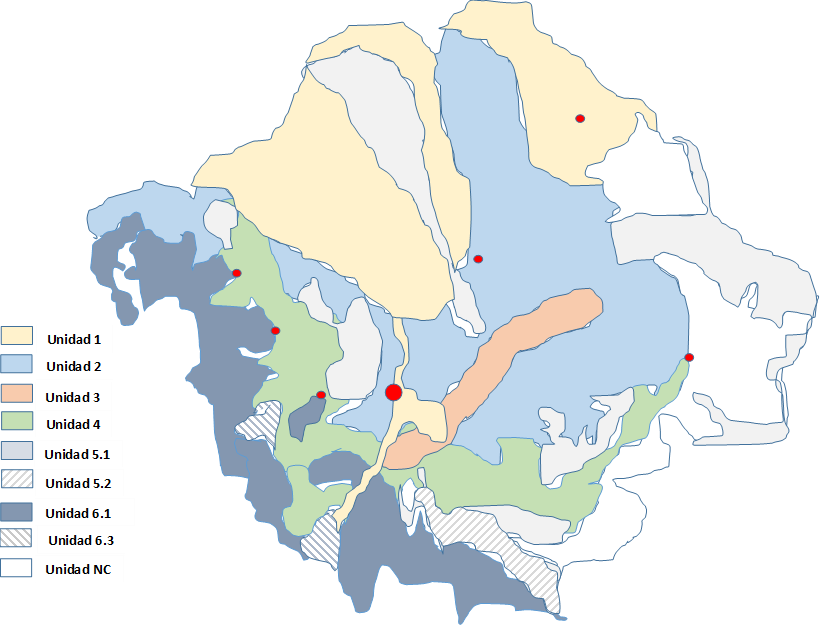