The vineyards of Aragón have their origins in the Celtíbera region, the location of the Roman villa of Caræ (now known as Cariñena) – it is known that the inhabitants of Caræ drank wine mixed with honey from before the 3rd century B.C.

In 1415, the wines of Cariñena were already on the list of preferred supplies of food and drink that Ferdinand I, King of Aragon, had drawn up for a planned journey to Nice to discuss the Schism in the Church with the Emperor – a journey that never took place. 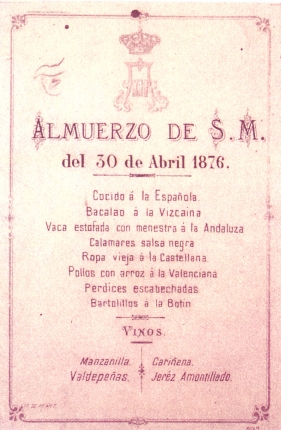 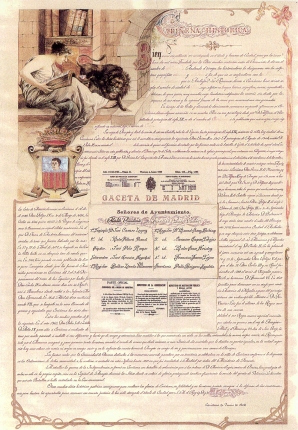 Cariñena wine was referred to in the chronicles of several Spanish and foreign travelers who made their way around the peninsula. Enrique Cock tells of how, in 1585, Philip II, King of Spain, was received in Cariñena with two fountains of wine, “one white and the other red, from which whoever drank who wished to.”

In 1696, the town of Cariñena was the setting for approval of the Statute of the Vine, which aimed at limiting plantations on the basis of the quality of the land on which the vineyards were sited.

“If this wine is yours, it must be acknowledged that the Promised Land is near.” Those were the words that were used by the French thinker Voltaire to thank the Count of Aranda for his gift of flavorful wines from the area. That was in 1773, and it was not the first time that illustrious and well-known figures allowed themselves to be seduced by Cariñena wines.

In 1786, Joseph Townsend said: “The wine produced in this district is of the best quality, and I do not doubt that it would be greatly sought after in England as soon as communication by sea can be established.”

Afterwards, in 1809, Alexandro Laborde told how in Cariñena it was made: “an exquisite wine particularly known by the name of garnacha“. In 1862, Charles Davilier affirmed in his tavel log: “Some leagues away (…) we can find Cariñena vineyards, known in Spain for a long time. The white wine, whose name is seen in every wine store of Madrid, would deserve to be better known outside of Spain, especially the one which is obtained from a grape called garnacha.“

The last great battle fought by Cariñena wines took place at the end of the 19th century. Phylloxera had destroyed French vineyards, and several French wine-growing families settled in the Cariñena area of Aragon, which from then on developed a significant level of commercial and scientific activity that led to – amongst other things – the building of a narrow-gauge railway line between Cariñena and Zaragoza. The line was inaugurated in 1887, and was used to export production from the area.

Subsequently, the celebration of the first national wine congress in 1891 took place in Zaragoza reflecting the pioneer interest of Cariñena.

Cariñena’s history and the exemplary behaviour of Cariñena grape growers in the fight against phylloxera a plague that destroyed the vineyards of Europe at the end of the 19th century – led to Cariñena being granted a city charter by King Alfonso XIII of Spain in 1909.

In 1932 the “Denomination of Origin” system was established as well as the Estación Enológica de Cariñena (Cariñena Œnological Station), which boosts the development of new cultivation and manufacturing techniques. However, the Civil War and its consequences meant that the focus on quality was held back until the 1970s, shortly after the wines began to be bottled.

The 1980s saw the great qualitative leap in wine manufacturing, with the introduction of new systems of cultivation, investment in technology, and the adoption of new wine production practices.